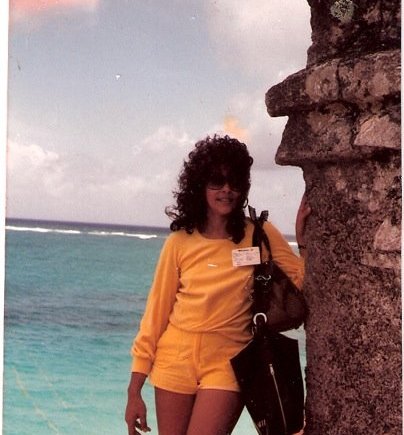 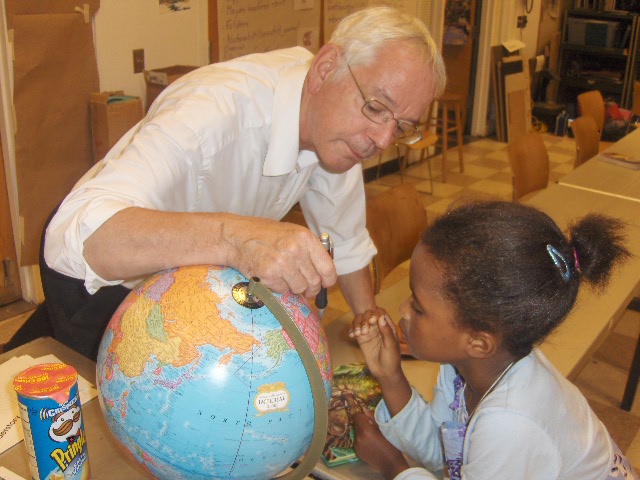 The Maya , My Students and Me 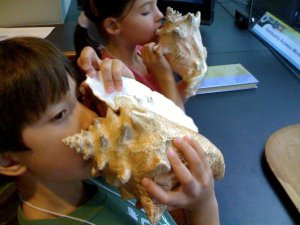 http://www.worldmuseumofman.org/img1000/831.jpg
When I was a very little girl, I found arrowheads in the dirt on my grandparents farm in Dinwiddie, Virginia. I used to have a collection of arrowheads and found some interesting ones while digging in the dirt. They were obsidian. No television, out there or stores out there so I started learning about the Indian trading routes of ancient times in archaeology books. Then I learned that there were cultures called the Maya, Aztecs and Toltecs. I chose to learn about the Maya because of the obsidian arrowheads that  were found so long ago.

I wanted to know how arrowheads were made, and I began reading about the properties of rocks and minerals. Although I did see some demonstrations of how to make arrowheads, I never really made but one. It was hard work. I saw a demonstration in a museum. I tried it at home. It did not work ,so I knew that I could not teach kids to do it. I needed the Anthropologists from the Smithsonian to confirm, share, document knowledge. All I had was a book, not even maps.

*Technology was available then and now. Many classrooms are at the low end of technology integration and these are tools which can be used and which are now free. 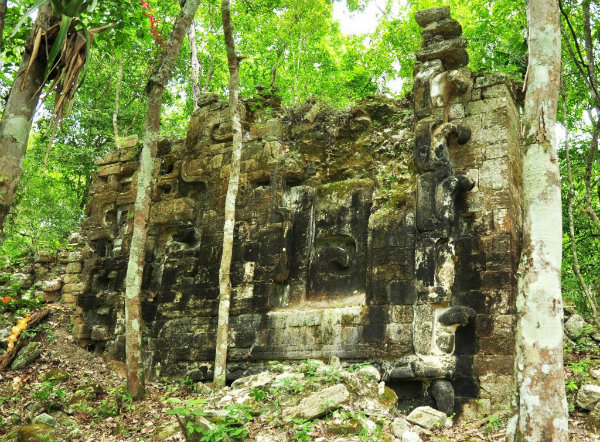 I am not speaking of the New Mexico Turquoise Trail. I am speaking of a Native American trading trail that started in Central America and eventually was a part of Virginia and other states. My young male cousins sold arrowheads to collectors, mine , when they could find them, to a collector. Back then 75cents was to them a lot of money. Sometimes I reburied my cache of arrowheads.

One day I found a purple and white oddly shaped artifact. I taped it around my ankle ( I told them I had sprained my ankle and escaped back to Northern Virginia with that one) but my mother probably thought it was a rock and it disappeared.

Later I saw that purple and white treasure of mine as a Mayan artifact, but I did not know much about the Maya or the other people of MesoAmerica. So, to the Smithsonian I went. There were some exhibits, art and anthro-notes to read from and there was a wonderful collection of books.- expensive books, posters and cultural pieces to purchase. I was teaching 5th grade. I knew Mexico as a country, as art, as food. But I wanted to teach from the point after Columbus landed.

I took a part time job as a Stewardess to see Maya lands.( so long ago)

I did not have a lot of money as a school teacher.When Voyage of the Mimi came out Voyage 2. No one objected.

The science supervisor ignored it, the history department did not care.. so I co-opted to use it in the Talented and Gifted Program. Actually I borrowed it on pre-view first.I loved it and I told them so.

It is still available and quite interesting.

While seated at a dinner for National Geographic teacher fellows, I met George Stuart, and I did not know of his work. He asked me what interest I had in the Maya.. I began to tell him how I borrowed the “Voyage of the Mimi 2” and loved it so much.. but that I had to send it back ( too Expensive) He asked for my card. The very next week my class and I had not only the whole Voyage of the Mimi, games, maps, teacher edition and all.

At that time,Frank Withrow was the Secretary of Education who encouraged this program. and there was the Jason Project which let us be sophisticated about the lianes, caves, the jungle and the areas of the Maya( the geography of where they lived). We had a laster disc.

New Tools
Here is a interactive map of the Maya.
http://ngm.nationalgeographic.com/2007/08/maya-rise-fall/map-interactive

Drone Technology has allowed for more discoveries in the jungles. Here is a picture from Langunita.These are rediscovered cities. 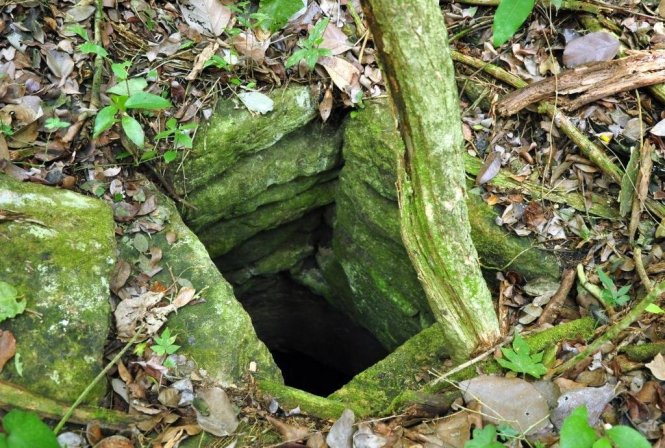 ESRI allows students to do story maps , and that is a new way of using technology in learning. It is powerful.

The Second Voyage of the Mimi was a twelve-episode American educational television program depicting a fictional crew of a sailboat named the Mimi exploring Mayan ruins in Southern Mexico. Along the way, they learn a lot about ancient civilization and also attempt to foil the plans of looters who steal the artifacts from the ancient sites.

The series aired on PBS and was created by the Bank Street College Thisof Education in 1988 to teach middle-schoolers about science and social studies in an interesting and interactive way.

In each episode, viewers are taught something scientific relating to plot events in the previous episode of the show. For example, an episode’s plot would be about deciphering Mayan writing, and the viewer also receives information about how the Maya wrote various words and numbers.

Elementary school teachers will find more than just springboards for archeological lessons in The Second Voyage of the Mimi, but also springboards for lessons in writing techniques, social studies, linguistics and history. People talk about STEAM. We had even more than that. We had the elements of culture with resources, but it gets better than that.

National Geographic magazines have always been my passport to the rest of the world . Through them I became mesmerized with the ancient civilizations of America. Then I discovered the library. I love that library.

There was also Hilda Taba’s work. They were cards that you put in order to solve an ancient case study. I used them so effectively as we studied culture that a parent complained to my principal that she used to know who discovered America before I taught her child. I had to document differences from the 5th grade book. Oh boy was I in trouble at first!

I used it twice on loan, and while sitting at a dinner at National Geographic the program came into the conversation and I told them about it. Who knew that George Stuart was in on the program. He was sitting there, and he asked me for my school address. n

The five-hundredth anniversary of the first trans-Atlantic voyage of Christopher Columbus was coming 1992 in the United States.

The Smithsonian had a variety of exhibitions, public programs and scholarly publications to commemorate Columbus’ voyage to the Americas. All the programs and events highlighted the Quincentenary themes: (1) Magnificent Traditions, (2) Dynamic of the Encounter, (3) Continuity of the Encounter and (4) The Next 500 Years.

major Smithsonian Quincentenary programs such as exhibitions: “Seeds of Change”, “American Encounters”, “Where Next, Columbus”, “The West as America”, “Portraiture in the Reign of Philip II”, and the “Amazonia: The New World Explored on the Occasion of the Columbus Quincentenary”.

Circa 1492: Art in the Age of Exploration

Twenty objects illustrate artistic traditions and achievements from Europe, Africa, Asia, and the Americas around (circa) the year 1492, when European explorers created new links among continents.

The Circa 1492: Art in the Age of Exploration loan packet includes:

a slideset with 20 works of art.

Location:
They focused on the horse, the potato, tomato, corn and disease and the resources are archived in the Smithsonian resources.
Disease and the horse had a dramatic impact on both continents. Indians in the Americas had no previous exposure to smallpox, measles, typhus or influenza, diseases carried to the New World by the explorers. The horse, which died out in the Americas during the Ice Age, was reintroduced by Columbus and played a significant role in the conquest and settlement of the lands.

Three food items, corn, potatoes and sugar, added variety and sustenance to diets worldwide after Columbus packed them in his return trip cargo. The exhibit depicts corn as an important dietary staple in Africa, Latin America and parts of Asia. Farmers in the Andes in South America cultivated thousands of species of potatoes, a crop that subsequently became an integral part of European, Soviet and Asian diets.

An intimate journey through a Montserrat sugar plantation explains the impact of the slave-driven trade. Viola estimates that it took the life of one slave to produce one ton of sugar.Exportation of sugar dramatically changed European lifestyles as desserts and pastries of all kinds were developed.

A wealth of historically inspired recipes were compiled for release in conjunction with the quincentennial observance.

The “Smithsonian Folklife Cookbook” documented the origins of traditional American recipes with anecdotes and family histories. Divided into regional sections, the book profiled local specialties, many based on two of the “seeds,” corn and potatoes.

The tradition of giving food to friends, as Columbus inadvertently did, was important to the livelihood of regional cooks, explains cookbook authors Katherine and Tom Kirlin.

“These are the kinds of people who would gladly feed the whole world if they could just find a kitchen big enough,” Katherine added.

Examined the exchange of plants and seeds between the Old and New Worlds following Columbus’s discovery of America in 1492. Themes include the introduction of horses, sugar, and disease to the New World and the introduction of potatoes and corn to the Old World. Introductory film, on first floor, runs continuously.

The Office of Folklife Programs organized events such as the Festival of American Folklife “living exhibitions” which featured “The Caribbean: Cultural Encounters in the New World” (June/July 1989), the Festival’s 1991 and 1992 features of the indegenous populations of the Americas, focusing on cultures of the rainforests, Andean Highlands, Valley, Desert, Northwest Coast, Woodlands and Pinenut gathering cultures, also the symposia, “Seeds of the Past” (1988), “Seeds of Commerce” (1989), and “Seeds of Industrialization” (1990), including Folklife Programs in collaboration with Smithsonian Folkways Records of music and verbal arts, Smithsonian Quincentenary radio programs highlighted living cultural exhibitions,there were teacher-training workshops and exhibition program books; and a Quincentenary multi-cultural curriculum which was five-units *bilingual