Delicious Doings in the Classroom or After School Program!!

Many of us have had a fascinating whirl on the Internet learning about foods,recipes and ways to involve the joy of cooking, or eating.

You can discover how a pinch of curiosity can improve your cooking! Explore recipes, activities, and Webcasts that will enhance your understanding of the science behind food and cooking. No need for package services to deliver ideas to you.

It has in the “Science of Cooking”, sections on candy, bread, eggs, pickles , meat, and seasonings.

Photo by Snapwire on Pexels.com 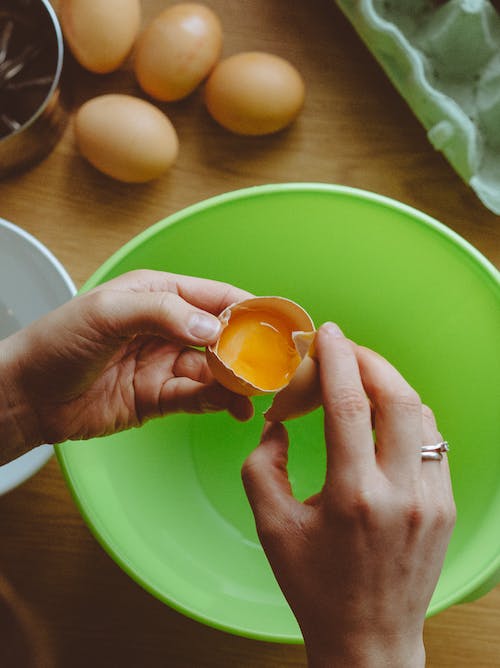 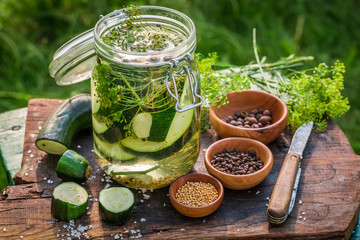 The series of live Webcasts explores the science and culture of cooking. The guests include noted chefs, food chemists, and nutritionists, and they take field trips to investigate famous kitchens and farms!

National Geographic taught us how to think about the way in which foods traveled to our world. There used to be a lesson on a Chocolate Bar. ( How it Becomes a Chocolate Bar_)

Here is that lesson. http://www.iupui.edu/~geni/documents/Worldinacandybar.pdf

Here is a story of chocolate, a kind of story map. http://www.magnumicecream.com/us/en/the-history-of-chocolate.html

I like to get recipes from the class, and sometimes I would have a potluck dinner and parents and I would make a class cookbook. Each student brings in a special family recipe and when compiled together, you have a class cookbook.  I was lucky to have parents who wanted to be a part of helping to teach the Accidental Science of Cooking.

My classes were multicultural. My school had grants that were given to teachers for classroom work. The county also funded projects. With the funding our class got utensils, pots and pans , a two burner hotplate ,and a convection oven. Cooking was gently inserted into the curriculum. STEM, STEAM, whatever.

National Geographic has this :

There was also a Kidsnetwork  NGKN unit on Nutrition and “What are We Eating”.

The Planet Food interactive aggregates the contents of your meal to generate a map showing the global footprint your plate makes before it even gets to your plate, and puts you in charge of the world wide journey a bar of chocolate will take before it gets to you.

Welcome to Planet Food. Win lots of virtual badges by completing challenges that get you thinking about where food comes from, and how it gets to your table.

Eat: The Story of Food

Documenting dinners around the world.

These days, documenting our dinners for the Internet is a universal pastime: sharing your food means that you don’t dig into your plate until you’ve taken a picture of it with your phone and posted it to your social networks. National Geographic gives us photos from around the world.

It is easy on the Internet to look at pictures of food.  Families , schools and communities often come together to explore, examine, and eat food.

My favorite is the accidental science of cooking

The program is from the Exploratorium in San Francisco.
Discover how a pinch of curiosity can improve your cooking! Explore recipes, activities, and Webcasts that will enhance your understanding of the science behind food and cooking.

At the Department of Educations Game Expo I found Chef KOOCHOOLOO

Chef Koochooloo’s after school program blends humanity’s oldest means of socialization—cooking and eating together—with its most modern lessons. Their master chefs lead classes leveraging  iPad applications, framed around recipes from a specific country or culture. As they prepare food together, kids learn about cooking-related math and science skills, and social-responsibility. Additionally, we emphasize healthy cooking techniques. Most after school sessions are one hour long, unless the school requests a two hour program. Their teachers have been trained in food safety and culinary arts. Each classroom experience includes a food science experiment, and a fun unique geography lesson.

Their mission is to excite kids by discovering the world through healthy, collaborative cooking classes, enriched with STEAM (science, technology, engineering, arts, and mathematics learning). Their vision, to improve the health, happiness and education of children worldwide, through dynamic curriculum and engaging gamified technology.

There is an APP for that. Chef KooChooloo !!

A fun thing to do is to have students map how a food got to America, building a story map from ESRI. Here is where to start.

Photo by rawpixel.com on Pexels.com

Some outcomes that I had were unexpected. Families helped my class to build a classroom garden. There were grants that we found , one parent turned over the earth and started us growing. I had quick learning to do.

Another small miracle is that we began to grow herbs. A parent brought us plants which we put in the school window. Francesco De Baggio, shared with the class how to raise herbs in the classroom windows.

That was a big hit. I had never used fresh herbs. Not being Italian, I did not know that much about pasta either. It was a fun learning journey.

I started a conversation while tearing through little bags of stuff from a Blue Apron package. At the time, I did not realize this service to be all that important. I cook. I had no idea that this service was so important to many.A friend let me have the remains of a package that she did not want. I was amused. The great thing was that there were small amounts of spices and condiments. But let me tell a story about cooking in the classroom and sharing the “Accidental Science of Cooking”internationally.

In November of 2002, I wrote a blog, and was invited to a Kid Screen Initiative.In Europe food , sources and preparation are taken very seriously.

I am what I eat , International Seminar as a speaker in Regione ,Lombardia ( Brescia) Italy

The organizer was Eva Schwarswald, throught the office of schools in Lombardy.

I shared classroom experiences, Smithsonian garden resources from ” Seeds of Change” and recipes from my grandmother’s herbal medicine history.

In the presentation I  used resources from cultural  history , information from the book ” Spoonbread and Strawberry Wine, and the Accidental Science of Cooking at the Exploratorium.

One of my interests is in collecting  cookbooks and spices from all over the world. I have cooked in most countries and visited Farmer’s Markets, and local wineries as a part of my travel. I have been seen bringing olive oil, saffron and various spices home from trips around the world.

It is and was a hot topic.  Children’s Film, Media and Nutrition Education.

This was what I blogged about. http://www.exploratorium.edu/cooking/

School experiences , that is sharing family recipes and making a classroom cookbook are one of the projects we did in a classroom. I learned that if I used a matrix of cultural markers that I could justify adding cooking to the curriculum. Study a country? How and what do they eat. Study a region, what do they grow? What is sold in markets? What do people eat as a part of their daily life.

l learned to do this from the Smithsonian. They sent in a speaker to my classroom during the Cherry Blossom events. The lady came, demonstrated a kimono, had them do art, and at the same time she was cooking. She had their attention. So I learned to add cultural things to my curriculum.

Parents helped me out.When we made bread, that was an all day initiative, but we needed an oven to finish off the loaves.

A parent, Julie Mangis,helped me. She also taught me to create an awesome Gingerbread House lesson.. a little architecture for your holiday.

During the Halloween time, we learned about Curcubita.One plant group with the most species used as human food is the Cucurbitaceae family. Within this family, the genus Cucurbita stands out as one of the most important. Five of its species Cucurbita argyrosperma Huber, C. ficifolia Bouché, C. moschata (Duchesne ex Lam.) Duchesne ex Poiret, C. maxima Duchesne ex Poiret, and C. pepo L.—have been domesticated in the New World and for thousands of years they have been cultivated or at least handled by American societies. We talked the Native American way of growing corn, beans and squash. We found out why peanuts are called ground nuts. We roasted peanuts and pumpkin seeds. We put a bite in the curriculum.

Have you ever heard of a Pineapplelarium? People in England learned to create a way to grow pineapples in their climate.

Rare, exotic and hard to grow, Pineapples were a symbol of great status and wealth in Victorian times. A pineapple on your dining table meant you were a person of discernment, style and affluence.

At the The Lost Gardens of Heligan  in England , they believe that we have the only working, manure-heated pineapple pit in Britain today. It was unearthed in 1991 and architectural and horticultural historians spent many months researching the history of its construction and technology. The first structure here was probably built in the eighteenth century.

In many places in the South, Pineapples and exotic fruits and magnolia leaves were used to decorate the Christmas doors. We still do this in Alexandria, Virginia ( in the old mansions) and in Williamsburg, VA.

Food is something we deal with every day.  If I were in a classroom today, we would do ESRI story mapping. Where did the food come from and what stops did it make in getting to you. You may recall the National Geographic Lesson on a Chocolate Bar.

We are what we eat! From our ancestors throwing raw meat onto the fire for the first time to teams of lab technicians perfecting the crunch of a potato chip, it is a way to put STEAM into STEM. Interest into history.

What I learned in Europe is that school lunches are serious business and that Europeans spent a lot more money on food. I am sure that they would not approve of Blue Apron,but lots of my friends say that it is how a lot of young people learn to cook.I had HomeEc and my mother’s coaching. At least it is a way to share secrets of cooking.
When I taught in a very poor school I provided food for those who were hungry, but that’s another story.