The state of Hawaii is in the news everywhere these days. 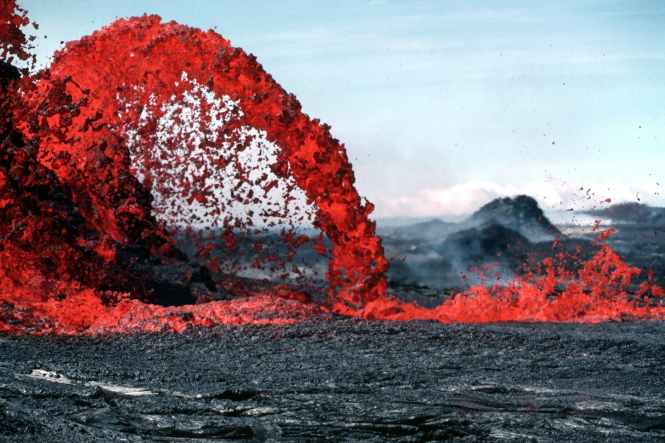 It was the second on my wish list to travel to as a teacher. I knew a lot about Hawaii because of its flowers. I love tropical flowers. But I was also interested in volcanology. Fortunately the Challenger Center Workshop presenters were awarded a workshop on the Big Island, right there in Volcanoes National Park.

The status and summary, updated. Updated news about Hawaii

What island are we talking about ?

What is happening? What do we know?

When I taught back in the day ,there was this movie, that we had to share with students that shared the last big eruption of the volcano. Here is a map to show which island and the location of the flow. The state of Hawaii is several islands and is still expanding. We did not have GIS or live photos like these.

If you have access to Science on a Sphere, you can easily learn

This is a project in some schools , museums and public places that will teach you earth science. The ring of fire is what we use to tell about volcanology.

In learning places like museums, schools and community centers you might be able to learn about plate tectonics with a hug globe on which images are projected. 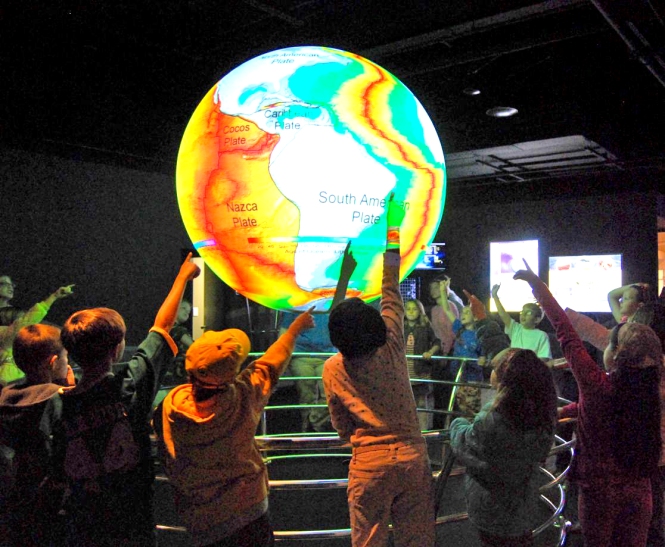 The tools that we have now to explore and learn about earth science are fantastic.

There is a laptop version. It is called Explorer

What is SOS Explorer?

SOS Explorer™ (SOSx) is a flat screen version of the widely popular Science On a Sphere® (SOS). The revolutionary software takes SOS datasets, usually only seen on a 6-foot sphere in large museum spaces, and makes them more accessible. Animated images such as atmospheric storms, climate change, and ocean temperature can be shown in SOSx, which explains sometimes complex environmental processes in a way that is simultaneously intuitive and captivating.

NOAA uses SOSx as an instrument to highlight and disseminate cutting edge science to the world through visualizations that show information provided by satellites, ground observations and computer models.

Lots of people want to know how to make it Science, Technology. Engineering and Math. The lessons here are incredible for the Explorer program. You can learn using GIS from ESRI very well. The story maps are quite interesting and students could use the newspaper articles to create their own story maps. Here is an exercise for students to complete. In this exercise the student uses data to evaluate. This personalizes the experience. The students have to T H I N K and use data. I love this lesson.

When a volcano erupts, how much time do residents have to evacuate? That depends. Lava flows downhill and travels faster over steep ground. In the early 1990s, residents of Kalapana, a town in the southeastern Puna region, had days or even weeks to prepare for a lava flow that eventually covered the town. By contrast, a 1950 lava flow down the western flank of Mauna Loa reached the sea in about four hours. Although scientists monitor ground movement on the island continuously, there is no way to know how much advance notice residents living downhill of an eruption will receive.

In this lesson, you’ll begin to explore the relationships among lava flow zones, emergency shelters, and population. By the end, you’ll be ready to ask some questions that you’ll answer in the remaining lessons.

When a volcano erupts, how much time do residents have to evacuate? That depends. Lava flows downhill and travels faster over steep ground. In the early 1990s, residents of Kalapana, a town in the southeastern Puna region, had days or even weeks to prepare for a lava flow that eventually covered the town. By contrast, a 1950 lava flow down the western flank of Mauna Loa reached the sea in about four hours. Although scientists monitor ground movement on the island continuously, there is no way to know how much advance notice residents living downhill of an eruption will receive.

Hawaiian folklore and art are interesting to link to the lessons.  So is thinking about walking through a lava tube. What is it? What should it be like inside? Why is it called a lava tube? How long are they, and where can they be found? Why does NASA use them for training?

You can see my Volcano National Park Tour here. I will add  text to the pictures. Madam Pele has many stories . I don’t think I know them all. There is music and incredible dance. 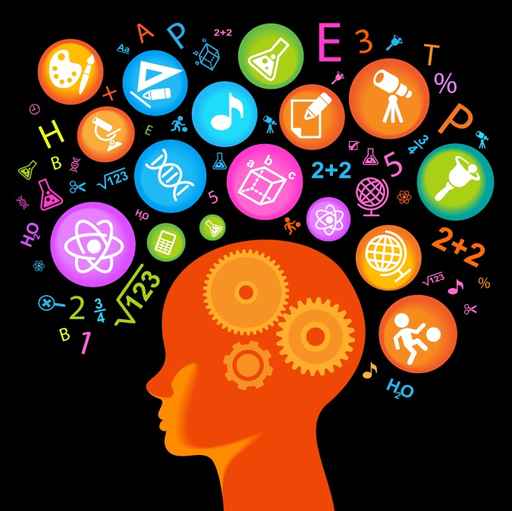 The Internet of Things has been around for a while. The knowledge of it has not. Some of us laughed when Alexa was introduced on SNL because we understood that most people were not ready for her or SIRI.

What is Alexa and what does it do?
Amazon Echo (shortened and referred to as Echo) is a brand of smart speakers developed by Amazon.com. The devices connect to the voice-controlled intelligent personal assistant service Alexa, which responds to the name “Alexa“. This “wake word” can be changed by the user to “Amazon”, “Echo” or “Computer”.
Smart speakers are two way. They intake information and pass it back to a network.
People started paying attention outside of industry when this happened.

Privacy people raised the alarm but educators were not ready for IoT. Here is why privacy people ran up the red flag. Privacy Concerns about AI, Mattel 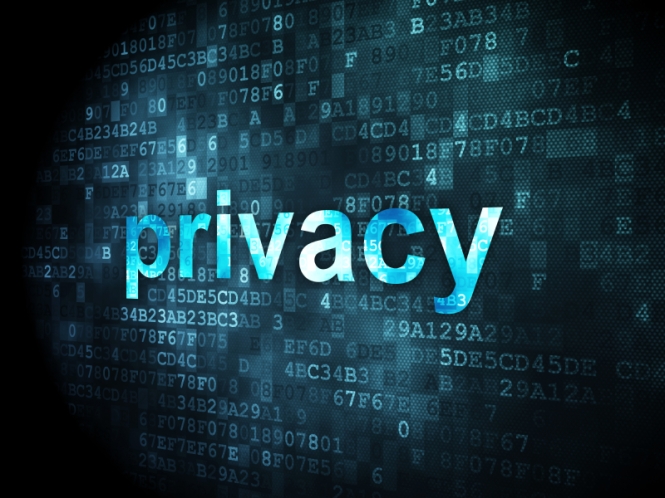 Virtually everyone knows that IoT stands for (the) Internet of Things and that it has something to do with connected things.
Yet, what can you do with “it”? What is IoT really about? And what does it have to do with transformation?

IoT is the popular acronym for Internet of Things. The IoT refers to the networking of physical devices such as objects and devices which are attached to living creatures, including humans.

These objects contain embedded technologies, can be uniquely identified via an IP address, and are able to sense, gather, collect and send data.

The potential and reality of the IoT does not lie in the ability to connect IoT-enabled objects nor in the embedded technologies and electronics such as sensors, actuators and connectivity capabilities. It resides in the ways the IoT is used to leverage the insights from data, automate, digitize, digitalize, optimize and in more mature stages transform processes, business models and even industries in a scope of digital transformation.

The Internet of Things Cybersecurity Improvement Act was introduced by a bipartisan group of Senators in August 2017 in response to several attacks spread via networks of infected IoT devices over the past year. The bill, which has been widely welcomed by stakeholders on all sides, is an attempt by legislators to establish minimum security requirements for federal procurements of connected devices, and work towards addressing the significant security challenges posed by the release and spread of insecure internet-connected devices. This session will explore the bill’s requirements and aims, and debate whether it goes far enough. It will look at areas in which possible clarifications may be needed; and examine challenges and opportunities that it may create for stakeholders on both federal agencies procuring goods and services; and the companies providing them. Ultimately, it will look at the extent to which it is likely to meet its objective of helping to create a more secure digital environment.

• What impact is the bill likely to have in helping to address security challenges posed by IoT and does the bill go far enough to ensure Internet of things devices used by federal agencies consistently meet enhanced security standards?
• What does the bill consider as the definition of ‘Connected devices’ and the scope of research exemption, and is there any clarification needed here? Does the legislation need to look further into mandating user behavior?
• What technical and competitive opportunities would this bill, if enacted, concretely represent to manufacturers of connected devices? What challenges may they face and how could these be overcome?
• How can it be ensured that the bill doesn’t hinder innovation in the IoT space? Should a country of origin-based limitation on purchase and storage be considered?
• What support may vendors need to make the required investments to further secure their IoT offerings?
• To what extent will the challenges related to the practical enforcement of this legislation be addressed?
• Although the proposed bill only applies to technology firms and contractors selling products to federal agencies, to what extent can it be expected to extend into private sector guidelines moving forward?
• What opportunities does the bill represent for cyber researchers and white-hat hackers, and to what extent will further cooperation between researchers and vendors be encouraged? Show less

“Connected devices using the Internet of Health Things are beginning to transform healthcare delivery. By introducing more connectivity, remote monitoring and information gathering, IoHT can encourage better use of healthcare resources, more informed decisions, a reduction in inefficiencies or waste and the empowerment of health consumers.”

There can be confusion around the meaning of the term “ Internet of Things ” for a variety of  reasons. They include: the cross -cutting aspect of IoT (specifically with respect to application  domains) ; the multitude of stakeholders involved in IoT and their specific use cases ; the complexity of IoT ; and the rapidly changing technology supporting IoT.  While there is no universal definition of IoT, common elements exist among the many high- level 325 definitions and descriptions for IoT. The Internet of Things consists of two foundational concepts:  IoT components are connected by a network providing the potential for a many -to-many 330 relationship between components (this network capability may or may not be TCP/IP based) ; and some of the IoT components have sensors and actuators that allow the components to interact with the physical world

NIST created a video for use and learn about it and cybersecurity.

What is the Internet of Things?

The Internet of Things?

The Internet of Things is the network of physical devices, vehicles, home appliances and other items embedded with electronics, software, sensors, actuators, and connectivity which enables these objects to connect and exchange data.Wikipedia

Internet of Things is a concept that increasingly takes more relevance.

It is a term that we hear constantly. Internet of Things or IoT, is an abstract concept but has been gaining quite a popularity in recent months. Everyday things that connect to the Internet, is a simple concept but in reality is much more than that.

IoT is not new at all. For about 30 years we have been working with the idea of making everyday objects more interactive.

Beginner’s Guide for Understanding the Internet of Things