This year the changes in climate, the storms and devastation have caused us all to take time to pay attention to weather, to where places are and to what a disaster map is in many places. You should have also learned how and why storms are tracked.

People all of a sudden were worrying and watching the weatherman or a climate mapping system for news about fires, floods, the hurricanes. ESRI provided story maps and data for all to see. Problem? Many students  in the US do not study or use resources that are available free for schools.

During the Hurricane emergencies we could use this map.  There were individual story maps that you could use during the hurricanes, to learn to read, see , big data define the hurricane.Hurricane Harvey  , Hurricane Irma,

There were also story maps of the fires.

You can learn using ESRI resources.

There are lots of fabulous tools that we can use to learn about Earth Science. One of my favorite is Science on a Sphere. You can learn about it here. SOS  There are lots of locations where you can go and participate in an SOS program. There is also SOS Lite. That is a download that you can install on your computer. Here is the link. SOS Lite.

What Is a Climate Model?

Global climate models (GCMs) use math – a  lot of math – to describe how the atmosphere, the oceans, the land, living things, ice, and energy from the Sunaffect each other and Earth’s climate. Thousands of climate researchers use global climate models to better understand how global changes such as increasing greenhouses gases or decreasing Arctic sea ice will affect the Earth. The models are used to look hundreds of years into the future, so that we can predict how our planet’s climate will likely change.

There are various types of climate models. Some focus on certain things that affect climate such as the atmosphere or the oceans. Models that look at few variables of the climate systemmay be simple enough to run on a personal computer. Other models take into account many factors of the atmosphere, biosphere, geosphere, hydrosphere, and cryosphere to model the entire Earth system. They take into account the interactions and feedbacks between these different parts of the planet. Earth is a complex place and so many of these models are very complex too. They include so many math calculations that they must be run on supercomputers, which can do the calculations quickly. All climate models must make some assumptions about how the Earth works, but in general, the more complex a model, the more factors it takes into account, and the fewer assumptions it makes. At the National Center for Atmospheric Research (NCAR), researchers work with complex models of the Earth’s climate system. Their Community Climate System Model is so complex that it requires about three trillion math calculations to simulate a single day on planet Earth. It can take thousands of hours for the supercomputer to run the model. The model output, typically many gigabytes large, is analyzed by researchers and compared with other model results and with observations and measurement data.

There are currently several other complex global climate models that are used to predict future climatic change. The most robust models are compared by the IPCC (Intergovernmental Panel on Climate Change) as they summarize predictions about future climate change.

There are tools that are used to predict weather and to define possibilities that are data models. There is a European Model, and a US Model which we learned from with all of the storms, and fires, in the last several months.

To deliver this core mission, the Center provides:

They also provide advanced training to scientific staff in our Member and Co-operating States and assist the World Meteorological Organization with its programs. We make 25% of the supercomputing facilities available to Member States.

The US Climate Model is here.

https://www.climate.gov/teaching And you can look here

How reliable are computer models of the Earth’s climate?

Climate models are used to analyze past changes in the long-term averages and variations in temperature, precipitation, and other climate indicators, and to make projections of how these trends may change in the future. Today’s climate models do a good job at reproducing the broad features of the present climate and changes in climate, including the significant warming that has occurred over the last 50 years. Hence, climate models can be useful tools for measuring the changes in the factors that drive changes in climate, including heat-trapping gases, particulates from human and volcanic sources, and solar variability.

Scientists have amassed a vast body of knowledge regarding the physical world. However, unlike many areas of science, scientists who study the Earth’s climate cannot build a “control Earth” and conduct experiments on this Earth in a lab. To experiment with the Earth, scientists instead use this accumulated knowledge to build climate models, or “virtual Earths.” In studying climate change, these virtual Earths serve as an important way to integrate different kinds of knowledge of how the climate system works. These models can be used to test scientific understanding of the response of the Earth’s climate to past changes (such as the transition from the last glacial maximum to our current warm interglacial period) as well as to develop projections of future changes (such as the response of the Earth’s climate to human activities).

Climate models are based on mathematical and physical equations representing the fundamental laws of nature and the many processes that affect the Earth’s climate system. When the atmosphere, land, and ocean are divided up into small grid cells and these equations are applied to each grid cell, the models can capture the evolving patterns of atmospheric pressures, winds, temperatures, and precipitation. Over longer timeframes, these models simulate wind patterns, high and low pressure systems, and other weather characteristics that make up climate.

Some important physical processes are represented by approximate relationships because the processes are not fully understood, or they are at a scale that a model cannot directly represent. Examples include clouds, convection, and turbulent mixing of the atmosphere, for which important processes are much smaller than the resolution of current models. These approximations lead to uncertainties in model simulations of climate.

Climate models require enormous computing resources, especially to capture the geographical details of climate. Today’s most powerful supercomputers are enabling climate scientists to more thoroughly examine the effects of climate change in ways that were impossible just five years ago. Over the next decade, computer speeds are predicted to increase another 100 fold or more, permitting even more details of the climate system to be explored. 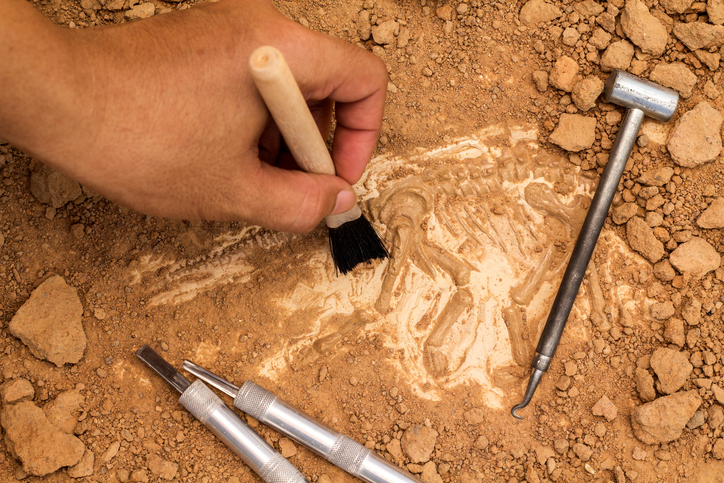