ISTE has a wonderful template of the digital age learner. It works for those students lucky enough to be in the right environment, the right school, and with a teacher who is looking toward the future with academic support of new technology.

Here is the template. It is gorgeous. Get it for your school, for your community and for those who are interested in helping to create digital age learners.
The 2016 ISTE Standards for Students emphasize the skills and qualities we want for students, enabling them to engage and thrive in a connected, digital world. The standards are designed for use by educators across the curriculum, with every age student, with a goal of cultivating these skills throughout a student’s academic career. Both students and teachers will be responsible for achieving foundational technology skills to fully apply the standards. The reward, however, will be educators who skillfully mentor and inspire students to amplify learning with technology and challenge them to be agents of their own learning.

This is an amazing document that should be shared and given to school boards, community activist, informal education teachers, and parents. I have a powerpoint that explains all of these. How do we make the change to help “all students ” to have these skills and qualities?

Many schools and communities are  in denial about their state of technology . I live in Washington DC, and I heard the CTO of the city say that all of our students are being well served. This was at an IoT conference with global citizens. I didn’t know what to do or say. I assume that what she said , is what she was told by the school system in DC.

We the people, we the public, we the teachers need to be confrontational about the lack of those who are digitally denied.

We the teachers ,need to be educated toward the transformative policies that ISTE has shared. There are too many people who misunderstand. They think that all students are being well served.

On December 13, Free Press published Digital Denied: The Impact of Systemic Racial Discrimination on Home-Internet Adoption. The report, written by Free Press Research Director S. Derek Turner, examines the racial divide in home-internet adoption and exposes how structural racial discrimination contributes to it. Below is an edited summary of the report written by Dana Floberg — Free Press’ C. Edwin Baker fellow — and reprinted with permission.

Internet access is a necessity for engaging in our communities, searching for employment and seeking out educational opportunities — but too many people are still stuck on the wrong side of the digital divide. And that divide disproportionately impacts people of color.

Indeed, the racial divide in home-internet adoption — including both wired and wireless service — leaves people of color behind the digital curve. People of color comprise 32 million of the 69 million people in the United States who lack any form of home-internet access. Free Press research exposes this undeniable gap and explains how structural racial discrimination contributes to it.

Systemic discrimination creates serious income inequality in this country. Whites have far higher average incomes than Blacks or Latinos. Low-income families are less able and willing to buy internet subscriptions. And many families who are willing to pay for service find they can’t due to racially biased barriers like credit scoring. Given how stark racial and ethnic income discrepancies are, it’s no surprise that people of color lag behind in internet adoption.

Income differences explain some of the racial divide, but not all of it.

Free Press’ report demonstrates that the racial-adoption gap persists even after we account for differences in income and a host of other demographic factors. For example, there is a divide between people who are in the same income brackets but in different racial or ethnic groups. The gap is widest for people earning less than $20,000: Fifty-eight percent of Whites in this group have some form of home internet, compared to just 51 percent of Hispanics and 50 percent of Blacks.

There is research that tells us how to reach and teach the students. It is here.

There are students who are of tribal, rural, distant and urban areas who are affected. They are all kinds and all colors. Years ago, when the National Information Infrastructure Advisory Council formed policy ( Kickstart) we acknowledged these areas of difficulty and sought to solve the problems. Politics has gotten in the way sometimes.

There are other sources , such as that of the George Lucas Educational Foundation that give examples of what helps and what hinders. Here is a special set of blogs on the topic.

Research and templates inform. We the public need to hold the school systems and communities to the standards so that all children benefit from the uses and skills enabling them to be digital citizens . But parents may not know or understand the uses of technology well. 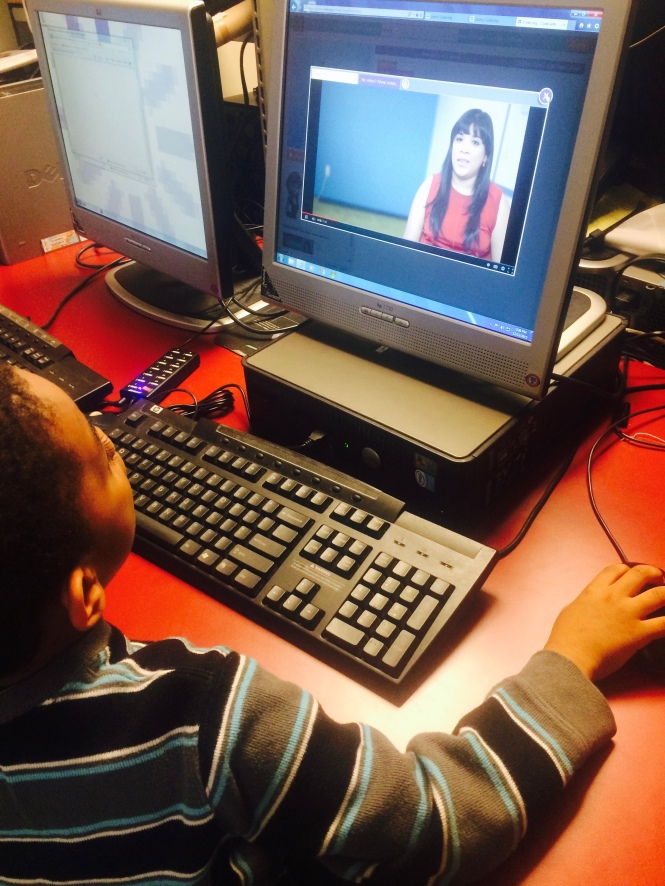 Common Sense Education
Common Sense Education provides digital literacy and citizenship programs to school communities to empower students to harness technology for learning and life.They just published a report “The Digital Lives of Minority Youth”. But this report, The Common Sense Census Plugged in Parents of Tweens and Teens 2016 matches nicely with the ISTE report.
Plan of Action?
Print out the template and take it to the next PTA meeting. Share copies of it with parents and have a speaker to access it online. Have a discussion about it and plan action for your school and community.
See if your school has an ISTE member. ISTE has a conference where these types of action and study of the topic is a part of how they serve their members. Hopefully, the school will sponsor a teacher to attend and be a part of ISTE and other technology minded groups. There are also state groups and regional groups that help in outreach.
Is there a low-cost provider who serves your community? If so get some community people working to help them with outreach. Make sure that the provider meets the needs of the community. There are many ways to do this.
Query the school board and if possible involve people in a presentation about this topic. Use resources that fit your community.

The story about the young student in Texas who made a clock lets us know that there is also a deficient in the knowledge of science within the teaching force.

We are not doing enough!!! Many of the initiatives that are coming from Industry are too short, too limited and do not bridge the gap. Teachers themselves may not have sufficient subject knowledge or appropriate skills because of poor quality, or lack of, teacher training.Preparing teachers with the right skills:  Teachers should be equipped with knowledge and teaching skills that can provide relevant guidance to promote effective practice and support improvement.There may be more community support for READING science than actually doing science.

Technology is an ever changing learning landscape and if one has only a little of the knowledge needed to be secure in the delivery of information, there is a problem. 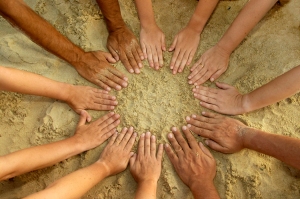 First,  read the report from Pew on the state of science and math for minorities.
. The report was not a surprise to seasoned educators , legislators, and researchers who work with the minority groups. We have similar reports for each group.

Not much interest has been shown in the Pew Report that tells us
here is a significant gap in knowledge about scientific concepts along racial and ethnic lines in the U.S., according to a new Pew Research Center report released last week.

The Report states that ”When asked a series of 12 science-related questions, whites, on average, fared better than blacks or Hispanics. While the average number of questions whites answer correctly is 8.4, for Hispanics that number is lower – 7.1 – and drops to 5.9 for blacks. (There were not enough Asian respondents in the sample to be broken out into a separate analysis.)”

“Our latest findings are consistent with previous Pew Research surveys and with data from the General Social Survey (GSS) conducted by the National Opinion Research Center. These differences tend to span multiple scientific disciplines, from life and earth sciences to physics and energy-related questions.”

In the two separate weeks before and during the report we have learned much about the needs of Hispanic learners.  http://www.edexcelencia.org/research/2015-factbook

Those of us in education know that there is a terrible gap in learning math and science and seemingly the technology has advanced the gap. While many are seeking the Internet of Things. IoT, there are rural, distant, urban and tribal students who cannot advance to the level necessary to do basic use because of factors that impede their learning. Access is a problem as noted by the FCC. Tool access and ownership are a problem, as well as the support needed to successfully use the tool or tools. Well trained teachers? We know that the best of teachers are not necessarily teaching in the areas of difficulty.Inequitable distribution of well-trained teachers is a problem and even in the groups doing broadening engagement there are few minorities involved as mentors.

The right to education that stimulates active learning and inspires imaginations can only be a reality when the transformative power of education is fully realized, however too many children and young people – especially the disadvantaged – are leaving school without learning anything of value .

Many of them just leave school. The dropout problem is a reality in education .

There is consistent evidence that teachers are the most important school-based factor in determining learning outcomes, second only to what children bring to school. There remains a marked deficit in both teacher numbers and teaching quality, which has an extreme impact on learning outcomes for children.

The Pew Report shares some of the problems which are not unknown in the learning communities of these children of America. 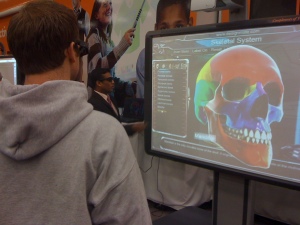 Most American Indian children attend public schools where disparities occur both at the k-12th educational level, and at post-secondary levels. During the 2010-11 school year, there were 378,000 AI/AN (alone) students in the U.S. public school system, comprising 0.7% of the total public school population (Aud, Hussar, Johnson, et al., 2012). In comparison, during this same time period, there were 49,152 students in Bureau of Indian Education Schools (Bureau of Indian Education, 2011). The high school dropout rate for Native American students is alarming and in previous years has reflected a rate as high as 50% (Herring, 1992). More recent research indicates that American Indian enrollment, retention, and graduation rates are lower than any other ethnic group (Harrington & Harrington, 2012). While estimates show some improvement for American Indians/Alaskan Natives having earned a high school diploma or equivalent, the figures still speak to their trailing behind their Euro-American counterparts by 12% (NIA, 2011). An awareness of the constant tension for American Indians children’s experience in public schools must be acknowledged in order to address it. There is more. You can find it here.

Lots of group are doing broadening engagement to try to reach the students. Some groups even work within the community.  But schools are another story. There are school boards, administrators, supervisors, and experts and technology teachers.. Regular teachers are at the bottom of of the pyramid. In the event at Microsoft, the presenter from DC suggested that teachers did not have TIME to be technology literate.

We know that time, exposure, knowhow and practice are important to the excellent use of technology. We know that mobile technology makes a difference but if you do your work on a phone there are restrictions. We know that many students can’t do Make Fairs because of the cost. I don’t care if the students do STEAM, Maker Faire or Hands on Science. There are many ways to make a difference in student lives. The initiatives of the White House have been wonderful. The problem is in getting the schools to adopt them and make them an important part of minority student learning.