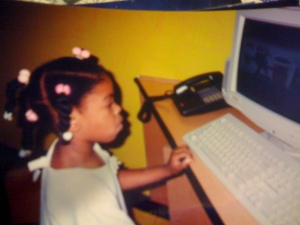 Are we there yet/ 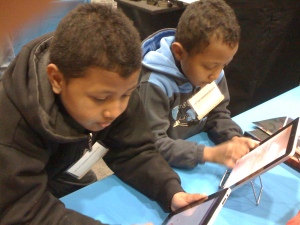 Long ago there was a book written about “Invisible Man” by Ralph Ellison. Here is the Wikipedia stub for the book.
Invisible Man is a novel written by Ralph Ellison, and the only one that he published during his lifetime . It won him the National Book Award in 1953. The novel addresses many of the social and intellectual issues facing African-Americans in the early twentieth century, including black nationalism, the relationship between black identity and Marxism, and the reformist racial policies of Booker T. Washington, as well as issues of individuality and personal identity.In 1998, the Modern Library ranked Invisible Man nineteenth on its list of the 100 best English-language novels of the 20th century. Time magazine included the novel in its TIME 100 Best English-language Novels from 1923 to 2005.[1] You might have to read the book to get the connection with the lack of broadband. Read the first chapter. The story is sad, but , it works for this analogy.

This statement could work for those who have limited or no access.

“I am an invisible man….I am a man of substance, of flesh and bone, fiber and liquids – and I might even be said to possess a mind. I am invisible, understand, simply because people refuse to see me.”
— Ralph Ellison (The Invisible Man)

For those people who are not currently online with broadband access, they may seem like the invisible man that was in the novel. Groups championing the use of technology, point to their online resources and information. Those groups who used to have paper magazines and handouts decided not to offer them anymore. Everyone is online  they thought? Think again.

Even the new broadband map has its critics. The San Jose Mercury News  has this to say.

It is frustrating to see that after two years of work, some of the information is incomplete, incorrect or out of date. There’s much you might like to know that the map and its accompanying database don’t provide, most notably how much broadband services cost in your area. The map just launched, so it is likely to get better over time. The government is allowing anyone to download and use the database and is providing tools to allow other websites to access the map and data. It also is taking input from consumers to identify errors that will be corrected in updates. Here’s hoping that the government regulators follow through on those revisions and seriously consider updating the site more often. Because the National Broadband Map has the potential to be a very useful tool for consumers — but it’s not there yet.

For the people who are learning about Cloud Computing and online content , the devil is in the details. For the school systems who are reading the new technology plan, which is a good plan there is just one problem. How to , if there is no connectivity in the broadband sense.

Navigating the US National Broadband Map

The US government’s long-awaited National Broadband Map has arrived, with tons of ways to discover what kinds of Internet services are (or aren’t) available in your area. We’ve got a guided tour of the site.

Is there Digital Equity in your community?

The Digital Equity Toolkit. The toolkit points educators to free and inexpensive, high quality resources that help address the digital divide in the classroom and community. This toolkit was developed by Robert McLaughlin and  associates and has been re-edited for tofay’s times.

I have been working with and helping to point our inequity since I was on the NIIAC and we framed the policy that we thought would bring us national broadband much earlier.  We thought that students, families and communities would be able to get access through libraries, community centers, and schools.

If you read our statement , we aim to change the face of schooling by creating digital equity in a national transformation of schooling.