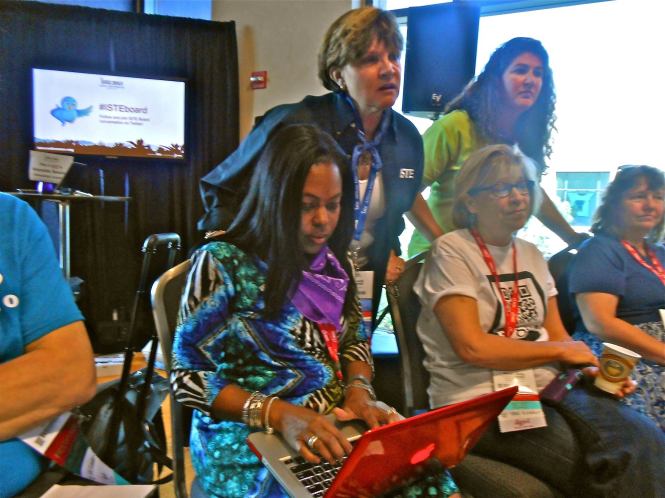 I am at the ISTE conference in San Antonio.

I enjoyed the SIG work, I participated in sharing my concerns with the board, I attended some workshops,  did the conference floor, but also I witnessed some empowerment that was caused by the gift of a computer to 10,000 ISTE participants.

Microsoft gave away 10.000 Surface tablets to ISTE participants who signed up to get them. I have of course been reading various articles on the use of mobile technologies for groups who need help.  To understand the need? Read “ Falling Behind: A Technology Crisis Facing Minority Students.”

The access problem is something the White House is dealing with. You can read about it here.

Tablets have been disruptive. Pew tells us here about the statistics , this is a summary of the full report.

For the first time, a third (34%) of American adults ages 18 and older own a tablet computer like an iPad, Samsung Galaxy Tab, Google Nexus, or Kindle Fire—almost twice as many as the 18% who owned a tablet a year ago.

Demographic groups most likely to own tablets include:

“One of the things that is especially interesting about tablet adoption compared to some of the patterns of other devices we’ve studied is how these technologies’ growth has played out between different age groups,” Research Analyst Kathryn Zickuhr said. “With smartphones, for instance, we’ve seen a very strong correlation with age where most younger adults own smartphones, regardless of income level. But when it comes to tablets, adults in their thirties and forties are now significantly more likely than any other age group to own this device.”

The findings in this report are based on data from telephone interviews conducted by Princeton Survey Research Associates International from April 17 to May 19, 2013, among a sample of 2,252 adults ages 18 and older.  Telephone interviews were conducted in English and Spanish by landline and cell phone. For results based on the total sample, one can say with 95% confidence that the error attributable to sampling is plus or minus 2.3 percentage points.  More information is available in the Methods section at the end of this report. 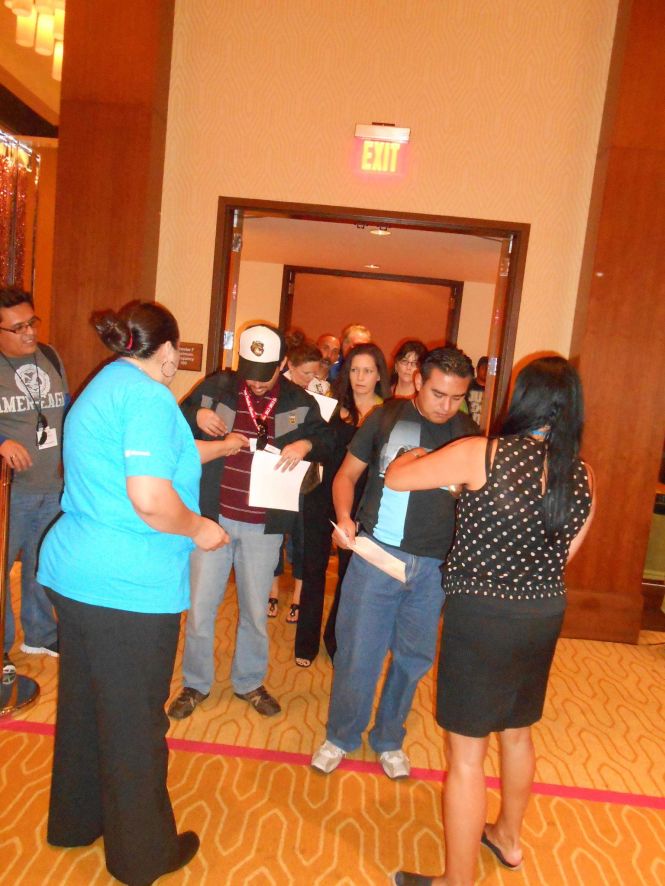 Of all of the years I have been working in technology, I have not witnessed such a sharing. Everyone says that all of the students are digital natives.. but there are many students who do not have the tools. the teachers who know it , or the broadband access to be able to share the new technology and ideas. Thank you to those who still remember that teachers are an important part of the equation.