Here is the exchange on television that caused me to write this blog.

With all of the the hype on the news about the KKK, and the recent CNN confrontation between two broadcasters, I thought we might revisit the KKK and what a minority person like me knows about it.

The featured picture was my go to, when I did not feel like studying. There were several pictures of people who were victimized for learning to read. 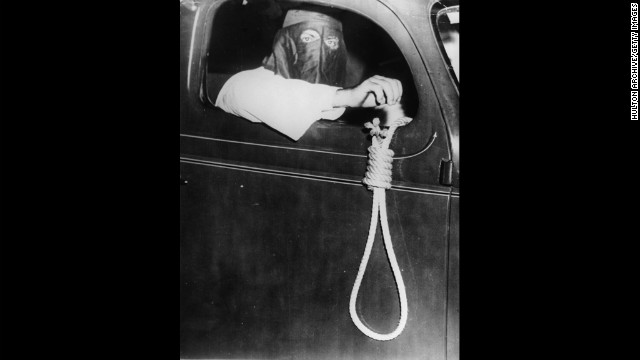 From literature these are images in my mind. In college I saw the real photos. They were my motivation to learn, to read more and to be excellent in education. It was my revenge for the slaves and people who suffered , I thought.

“The Ku Klux Klan (KKK), or simply “the Klan”, is the name of three distinct past and present movements in the United States that have advocated extremist reactionary currents such as white supremacy, white nationalism, and anti-immigration, historically expressed through terrorism aimed at groups or individuals whom they opposed.[6] All three movements have called for the “purification” of American society, and all are considered right wing extremist organizations.[7][8][9][10]”

“The first Ku Klux Klan flourished in the Southern United States in the late 1860s, then died out by the early 1870s. It sought to overthrow the Republican state governments in the South during the Reconstruction Era, especially by using violence against African American leaders. With numerous chapters across the South, it was suppressed around 1871, through federal enforcement. Members made their own, often colorful, costumes: robes, masks, and conical hats, designed to be terrifying, and to hide their identities.[11][12]” 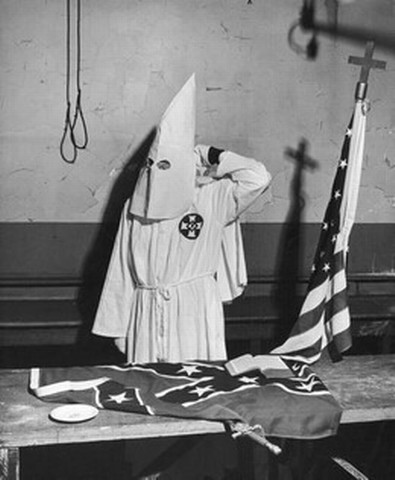 “The second group was founded in 1915, and flourished nationwide in the early and mid-1920s, particularly in urban areas of the Midwest and West. It opposed Catholics and Jews, especially newer immigrants, and stressed opposition to the Catholic Church.[13] This second organization adopted a standard white costume and used similar code words as the first Klan, while adding cross burnings and mass parades.”

“The third and current manifestation of the KKK emerged after 1950, in the form of small, local, unconnected groups that use the KKK name. They focused on opposition to the Civil Rights Movement, often using violence and murder to suppress activists. It is classified as a hate group by the Anti-Defamation League and the Southern Poverty Law Center.[14] It is estimated to have between 5,000 and 8,000 members as of 2012.[2]”

“The second and third incarnations of the Ku Klux Klan made frequent reference to America’s “Anglo-Saxon” blood, hearkening back to 19th-century nativism.[15] Although members of the KKK swear to uphold Christian morality, virtually every Christian denomination has officially denounced the KKK.[16]”

My mother tried on a hat in Salisbury, Maryland . She put it onto her head. That was not allowed . Black women were not allowed to try on hats. My mom tried it on anyway.So the local KKK invited my dad for a ride. The people in town liked him so they did not lynch him. They showed him the tree where people were hanged and told him to take care of his wife to make sure she goes by the rules. They moved. Mother acknowledged the story.

The Ku Klux Klan sought to re-establish Democratic power in the South at the time when Radical Republicans and carpetbaggers dominated Reconstruction. It was founded by ex-servicemen of the Confederate Army in 1866, led by Nathan Bedford Forrest. The original group opposed the reforms enforced on the South by federal troops regarding the treatment of former slaves, often using violence to achieve their goals. Forrest ordered the Klan to disband in 1869, but many of its groups in other parts of the country ignored the order and continued to function.

As a teen I knew to avoid White men in groups, in a car, or in a crowd because of the fear of being raped or groped or being victimized. Black women were routinely assaulted in the south and there was little consequence to rapes.

The Klan Gets Diverse in Hate, Adding more Minorities and Religions

A second distinct group using the same name was started atop Stone Mountain near Atlanta in 1915 by William J. Simmons. This second group existed as a money-making fraternal organization and fought to maintain the ways of the past by fighting against the increasing numbers of Roman Catholics, Jews, Blacks, Asians, and other immigrants into the United States. This group, although preaching racism, was a mainstream organization with 4 million members at its peak in the 1920s. Its popularity fell during the Great Depression, and membership fell again during World War II presumably because of mass enlistment or conscription to the Armed Forces.

The Violence of the KKK 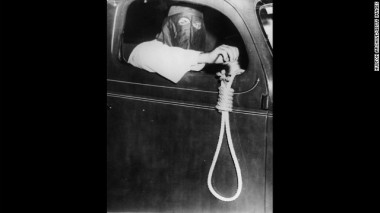 The violence conducted by the Klan was often sexualized in nature. Although the Klan openly stated their reason for existing was to protect white women from black men, some had no moral qualms about their members sexually abusing or mutilating black men and women in order to show their authority. Often, Klan members would both assault and rape black women (Hodes 66). An example of sexualized violence was given in by the U.S. Commissioner from Raleigh, A. Webster Shaffer, concerning a freed woman named Frances Gilmore. A group of disguised attackers had assaulted her by whipping and beating her, then taking her clothes off to be whipped with a board, and finally forcibly having her pubic hair burned off before she was cut multiple times with a knife (Report 36-37). Gilmore was unable to identify her attackers due to their disguises, and no arrests were ever made.

The Klan seemed willing to use whatever means necessary to regain political dominance of the South, even if that meant instilling terror via sexual abuse.

Did You Know?
At its peak in the 1920s, Klan membership exceeded 4 million people nationwide.

Where can you find out more?

Photo: “Civil Rights and the KKK” At the link.

The Newseum  has lessons on Civil Rights and the KKK.

According to John Hope Franklin (From Slavery to Freedom: A History of Negro Americans, 1967), “in the last sixteen years of the nineteenth century there had been more than 2,500 lynchings, the great majority of which were of Negroes.” The early twentieth century did not see a significant decrease: “In the very first year of the new century more than 100 Negroes were lynched, and before the outbreak of World War I the number for the century had soared to more than 1,100.” Lynchings declined in number but continued in ferocity during World War I. They were seized on so effectively by the Germans that, despite his Southern sympathies, President Wilson issued a statement against lynching and mob violence, But after the war more than a few returning black soldiers were lynched, some in their uniforms. The “Red scare” of 1919 was eclipsed by the racial violence and lynching fever of what James Weldon Johnson termed “the Red Summer.” Riots and killings, some of them lynchings, occurred in Chicago, Texas, Washington, D.C., and with particular brutality that October in Arkansas. Although lynching was by no means an isolated, aberrant occurrence in the 1920s when the Klan was resurgent or in the 1930s when the depression fueled the hunt for racial as well as political scapegoats, the phenomenon was no longer virulent enough to claim one victim every two to three days. In its sporadic occurrences over the next decades, lynching continued to be a vehicle of terror and a last resort in opposition to the drive for political and civil rights through the 1950s, 1960s, and beyond.