As we enter a new phase of technology awareness, many of the technology pioneers got started on Gamification with a little game called ” Oregon Trail”?

USA Today “The 1990 MECC version of The Oregon Trail, where players face various trials and tribulations while trying to make it from east to west, is among them. The popular game was often used in schools to teach geography and history. It’s currently the top-viewed game on the archive with more than 170,000 clicks. (The 1992 version is also in the archive and has more than 37,000 views.) As we explore virtually, and learn history in depth , we learn more about the Oregon Trail.

Did you know the game? You thought you did, right?

I had kids working on teams as we played Oregon Trail. We learned to negotiate the trail starting by hitching up the wagon and hit up the general store for supplies because it’s time to head West.

My students and I had a pull down map of the trail and seven other major trails, and the resources of the Smithsonian. Ever seen a porcelain potty, and or a replica of the wagon? We put on our Metro shoes to go look and see the artifacts of the trail. We had literature that described the life of the pioneers on the trail.

WHAT WAS THE GAME ABOUT?

Here is how the game is described
“As a covered wagon party of pioneers, you head out west from Independence, Missouri to the Willamette River and valley in Oregon. You first must stock up on provisions, and then, while traveling, make decisions such as when to rest, how much food to eat, etc. The Oregon Trail incorporates simulation elements and planning ahead, along with discovery and adventure, as well as mini-game-like activities (hunting and floating down the Dalles River).” Here is the location of the game online

There is a National Park dedicated to the Oregon Trail , it covers several states.

Westward Migration
Imagine yourself an emigrant headed for Oregon: would promises of lush farmlands and a

new beginning lure you to leave home and walk for weeks? More than 2,000 miles of trail ruts and traces can still be seen along the Oregon National Historic Trail in six states-reminders of the sacrifices, struggles, and triumphs of early American settlers.

The National Historic Trail covered these  states.A journey of about 2000 miles.
ID,KS,MO,NE,OR,WA,WY

On the National Geographic site, listed above ( Click the Link) there is a file that can be downloaded.

On May 16, 1842, a group of more than 100 pioneers left Elm Grove, Missouri, on the 3,500-kilometer (2,200-mile) Oregon Trail. Pioneers had been trickling into the Oregon Territory for decades, but this was the first major wagon train to embark on the famous route.

The Oregon Trail stretched from the banks of the Missouri River to what is today western Oregon. The route had long been established by fur traders, missionaries, trackers, and military scouts. It crossed what are today the states of Kansas, Nebraska, Wyoming, Idaho, and Oregon.

Pioneers packed up all they could in covered wagons, as well as on pack animals such as horses, donkeys and, crucially, oxen. Travelers had to be prepared for flat plains, steep mountains (the Rockies), and dry deserts (the Great Basin) before reaching the fertile valleys of Oregon. Many pioneers feared attacks by hostile Native Americans, but weather, landscape, and disease were much bigger threats.

Wagon trains to Oregon usually departed in spring, and took about four or five months to reach their destination. The settlers of 1842 arrived in September. More than 400,000 people migrated west on the Oregon Trail before the transcontinental railroad made it obsolete in 1869. Some history in this Video.

There is history that is left out. Want to know it? Click here. Amazing history at your fingertips. One excerpt to get your attention. These are fun.

At the National Geographic Workshop, we laughed out loud at the authentic lyrics of some of the songs that they sang. They are not what you think.

Indian attacks were relatively rare on the Oregon Trail.

Contrary to the depictions of dime novels and Hollywood Westerns, attacks by the Plains Indians were not the greatest hazard faced by westbound settlers. While pioneer trains did circle their wagons at night, it was mostly to keep their draft animals from wandering off, not protect against an ambush. Indians were more likely to be allies and trading partners than adversaries, and many early wagon trains made use of Pawnee and Shoshone trail guides. Hostile encounters increased in the years after the beginning of the Civil War, but statistics show only around 400 settlers were killed by natives between 1840 and 1860. The more pressing threats were cholera and other diseases, which were responsible for the vast majority of the estimated 20,000 deaths that occurred along the Oregon Trail.

In my class we changed how the game was played and used it to probe the life of those on the trail through their books, diaries recipes, medicines, toys and the things they created.

What did they eat and how did they cook it? How did they celebrate events? What were the most valuable items? What was gathered along the way?

But wait, there is more…

Holy freaking wagon tongues! Don Rawitsch, one of the creators The Oregon Trail just did an AMA on Reddit all about Oregon Trail..Click here.That.. childhood computer game. Don answered questions from fans, and here the highlights. Here are all the things you never knew about the game including strategies, fun facts and more. 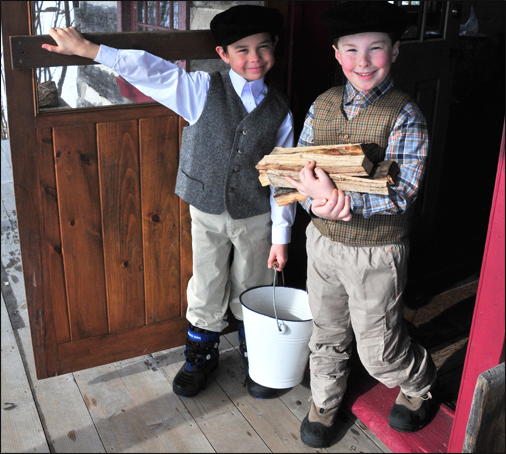 Honestly, if you could go back in time with this information, you would be the coolest game player  in your class.I had students who were experts who could make that game last so long. I will never forget the time that the team of boys I was playing with let me die to see how long it took for a person to starve.We made it to the end of the game without dying. We were fifth graders and they nuanced the game in every way possible. 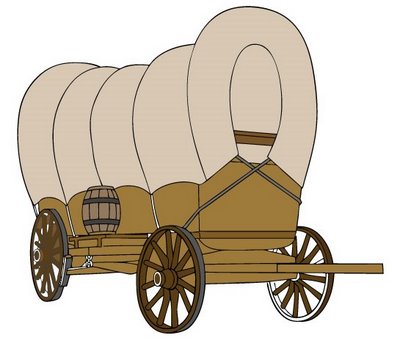 I alway hated it when the wagon overturned. Click here.
How Did People Die on the Oregon Trail?

Grab a chuckle and look at all of the ways you could die that were a part of the game.

Pioneer skills for Children to learn…Enrichment. Learning to be a Pioneer Child